Alberta poised to be a hydrogen leader

Demand for natural gas from Western Canada could more than double in the coming decades as governments around the world roll out hydrogen strategies to meet greenhouse gas emission reduction targets.

This according to a report by BMO Capital Markets.Canada – and specifically the region near Edmonton known as Alberta’s Industrial Heartland – has a particularly compelling set of features that offer promise to become a hydrogen leader, says Alanna Hnatiw, mayor of Sturgeon County.

“We believe that the hydrogen economy will emerge very quickly in this region because of the experience that we’ve had over a number of decades in creation of hydrogen as well as the abundant low-cost natural gas feedstocks that we have, and of course the carbon capture utilization and storage technologies that we’re well known for,” says Hnatiw, chair of the Edmonton Region Hydrogen Hub.

Hydrogen is expected to make a big dent in global CO2 emissions, if production and use is expanded dramatically.

Hydrogen for end use produces no emissions – only electrical power, water and heat. Emissions from the production of hydrogen are categorized by colour: “grey” if produced from fossil fuels with no carbon capture and storage (CCS), “blue” if produced from natural gas with CCS, and “green” if produced using renewable energy.

The world now consumes about 73 million tonnes (MT) of pure hydrogen per year, according to the International Energy Agency. But that’s primarily used for industrial activities like oil refining and fertilizer production, and it’s mostly “grey.”

In Alberta, 40 per cent of hydrogen production is already “blue,” generated with natural gas at facilities that capture CO2 emissions that are then safely stored in underground reservoirs.

The combined potential of Canada’s domestic hydrogen markets and export opportunities to the U.S., Asia and Europe could reach $100 billion per year, according to Calgary-based Transition Accelerator.

To put that in context, the value of Canada’s oil and gas sales was $125 billion in 2019, according to the Canadian Association of Petroleum Producers.

Put another way, Wood Mackenzie forecasts that low-carbon hydrogen demand will increase to 211 million tonnes by 2050, from practically zero today.

Canada’s domestic hydrogen demand could rise by 14 MT to 25 MT per year, compared to current production of about three MT per year, BMO Capital Markets estimates. Including export markets, potential could exceed 30 MT to 60 MT per year.

Western Canada now produces about 16 billion cubic feet per day (bcf/d) of natural gas, most of which is exported to the U.S. Growth in hydrogen demand both domestically and for export could result in demand for an additional 5 to 20 bcf/d of natural gas production.

Adding to the opportunity, Canada is already recognized as a competitive player in clean hydrogen production, with the second-lowest costs in Asia-Pacific Economic Cooperation (APEC) forum countries. 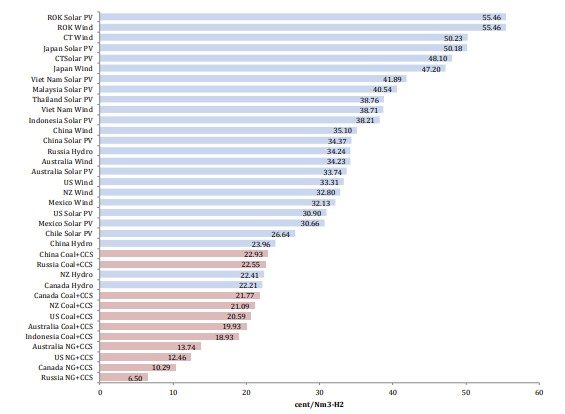 Megaprojects coming out of the gate

Canada’s entry into the emerging global hydrogen economy has a big kickstart.

One of the world’s largest hydrogen producers – Pennsylvania-based Air Products – gave the green light this June to a greenhouse gas-reducing megaproject near Edmonton designed to help transform the way hydrogen is used.

The $1.3 billion complex, to be developed jointly with the governments of Canada, Alberta and Edmonton, will include Western Canada’s first-ever facilities to produce liquid hydrogen fuel for road transportation.

The project needs to meet milestones before construction can start, but Air Products Canada vice-president Rachel Smith says it is in an ideal location and the company is confident it will be up and running in 2024.

“We’re highly committed to this project. We’ve commenced the regulatory process; we’re well underway there, and we’re working through the next steps in the process to finalize agreements,” Smith says.

“It’s encouraging to see that the hydrogen economy has started to come to fruition.”

Further growth could come from another new blue hydrogen facility in the Edmonton region, proposed this May by Suncor Energy and ATCO. The plant, which would primarily feed Suncor’s Edmonton oil refinery, could be operational as early as 2028, “provided that it has the required regulatory and fiscal support,” Suncor said. 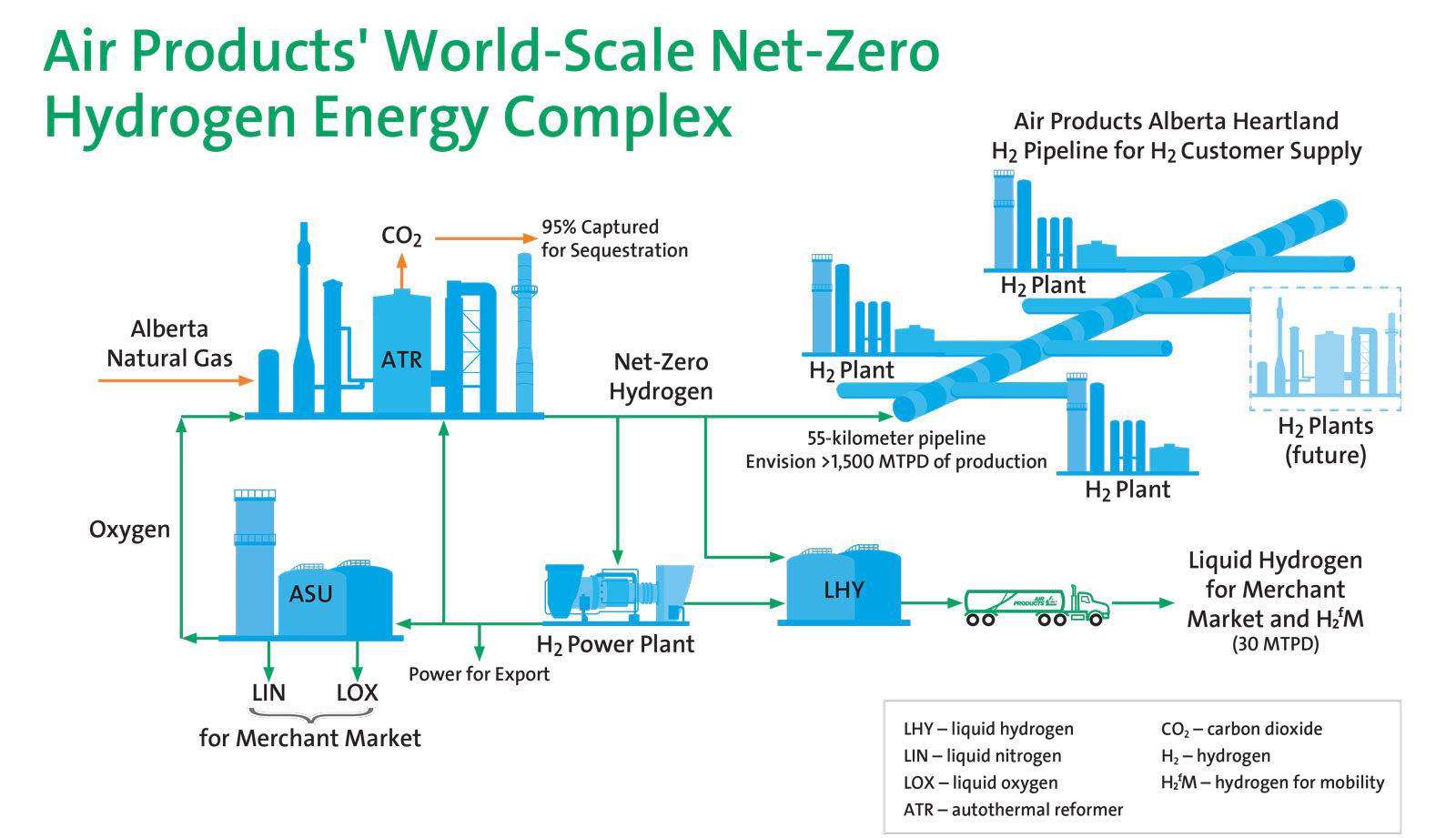 Collaboration between stakeholders including government, industry and Indigenous communities will be required for Alberta to reach its potential as a clean hydrogen leader, says Sturgeon County mayor Hnatiw.

The Edmonton Region Hydrogen Hub was launched this April. It’s a partnership of municipal, provincial and federal governments along with Indigenous organizations, economic development groups, researchers and academics.

“The Hub is set out to innovate along the entire hydrogen value chain and build supply and demand at sufficient scale, because that has been the reason why hydrogen hasn’t caught on earlier,” Hnatiw says.

The Hub group is a part of the Alberta Zero-Emissions Truck Electrification Collaboration (AZETEC) project, which will develop and demonstrate a hydrogen fueling station for heavy-duty commercial fleet vehicles. The $15 million project led by the Alberta Motor Transport Association has $9.2 million in funding from the provincial and federal governments.

Hydrogen, and natural gas/CCS blue hydrogen in particular, is a major opportunity for Canada to produce the energy of the future, Hnatiw says.

“We still do have our work cut out ahead of us, but this is the one place across this country where we see alignment from the federal government to the provincial government to municipal governments and certainly a strong interest and very early onboarding with the First Nations,” she says.

“I think we’ve got some huge opportunities in front of us because our intent is to do this slightly different than we’ve ever done anything in the past.”