We’re down for now, but… 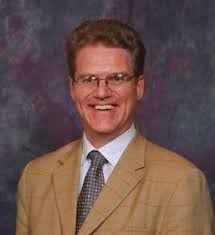 Since the start of 2020 and the end of April the energy sector has made $9 billion in cuts to their spending and reduced production by more 500,000 barrels per day. Part of the reason is the COVID-19 driven reduction in global oil demand of approximately 25-to-30 per cent of the typical 100 million barrels per day under normal market conditions.

The second is the double whammy of the ill-timed price war double whammy, arising from the spat between Saudi Arabia and Russia, though I suspect that Saudi and Russia regret flooding the market now. They should have seen that COVID would lead to a reduction in demand, and of course others took advantage of the “cheap oil” so with all the potential storage at capacity oil was actually negative.

I for one never thought I would see that day.

Fortunately, this all shall pass since under normal conditions energy demand on a global basis continues to grow at approximately two-to-three per cent, per year, with forecasts that global oil demand in 20 years will be around 130 million barrels per day. The other historical trend is that global oil consumption changes ± 300,000 barrels/day for each corresponding percent change in GDP, though over time oil will be interchangeable with the more general term “energy.”

I say this because as we know oil is a finite resource, so an alternate will have to be found and, in all likelihood, that alternate will somehow reuse as much of the existing infrastructure of pipelines and distribution systems that we already have.

Because Canada has the world’s third largest proven reserves behind Saudi Arabia and Venezuela and we know Venezuela is mismanaging their reserves combined with the fact that at some point, consumers will realize that the way we treat others is at least as important as the issues pushed by the green movement. Remember, another of the objectives of the team in Ottawa is improving the “human condition.”

This is the same team who incidentally increased the carbon tax and gave themselves a pay increase on April 1 coincident with the start of the government fiscal year.

On the positive side, the government did announce a month after promised a 10 per cent solution to what is required by the oil and gas sector while also tackling one of the environmental issues associated with orphan wells. With the energy sector responsible for 10 per cent of GDP, that may have been the logic used to arrive at the above number.

Of course, you cannot ignore a significant contributor to your GDP.

Energy will therefore be an important industry and needs to recovers to help pay for deficits unceasingly increasing with each day’s update.

The present downward cycle started in 2015 with all the stress of that transition behind the oil sector now (the gas sector has been living it even longer) the new normal appears to have companies living within their means. (The continuing vacancy rates in downtown Calgary attest to that.)

The energy sector is all about cash flow. As indicated above capital (and expense) budgets are presently slashed, which though being felt now particularly by service sector, the ripple effect will follow for a period of time. This is because land sales are a precursor to drilling which then require wellhead facilities and associated production batteries/plants/pipelines and further downstream though the downstream facilities tend to be less impacted since they have multiple upstream inputs.

This lag will impact the workers through each cycle. Geologist, land man, drilling and service industry workers, engineering and design services, construction, operations and maintenance all feel the above wave as it works through the system. In many cases the lag between phases can be measured in years. For example, a typical new facility project once approved takes at least two years from start of design through to commissioning.

For the past decade plus, I have been using the posted room price of the Motel 6 north of Airdrie as a barometer of Alberta’s economy, and have watched the price fluctuate between $69 (where it is now) to $110/night. I am sure all of you have similar barometers that don’t rely on detailed government analysis, employment numbers, or similar statistics watched by “experts.”

Right now, the signs are saying times are tough, and are likely to look that way for a while longer – but there is a positive outlook for the future.

We just don’t know how long we will have to wait.

About the author:  Ian Verhappen is a columnist for PROCESSWest magazine, and is a senior project manager at CIMA+ in  Calgary, Alta. You can read the May issue online now by clicking here.