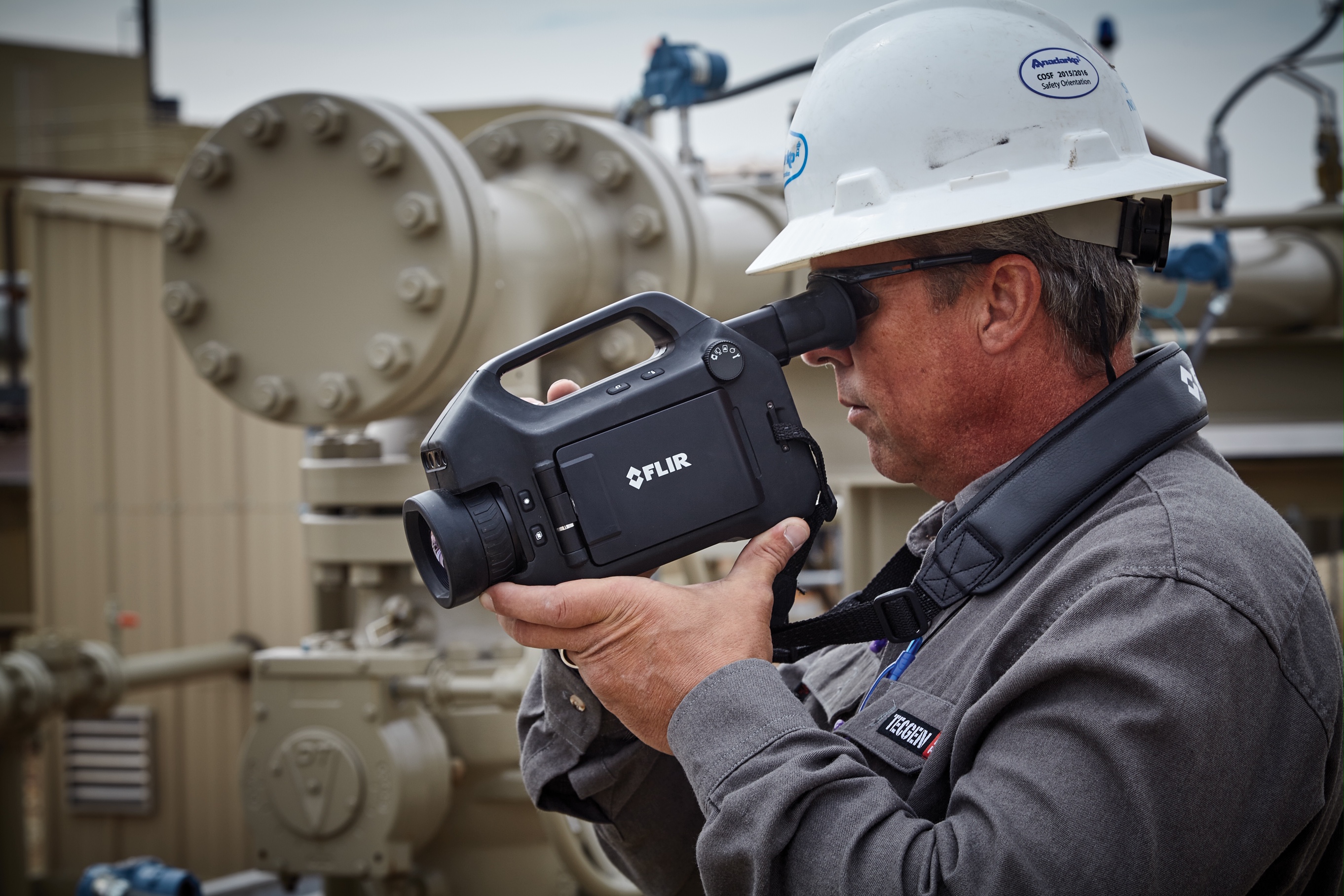 Designed for oil and gas industry professionals, the GF620 camera sets a new standard for detecting and visualizing invisible leaks of hydrocarbons, such as methane, and common volatile organic compounds (VOCs). With four times the pixels of previous models, the HD resolution GF620 helps inspectors survey for fugitive hydrocarbon emissions from further, safer distances than possible with lower-resolution OGI cameras.

The new GF620 is FLIR’s highest resolution OGI camera. Equipped with a 640×480 infrared detector, the camera is calibrated to measure temperature, allowing the user to assess the thermal contrast between the gas and the background scene, and adjust it to improve visibility. The FLIR GF620 also features the company’s unique high sensitivity mode, which accentuates plume movement to improve detectability in low-contrast scenes.

The GF620 additionally introduces Q-Mode, an automatic preset for use with the optional QL320 gas quantification system by Providence Photonics. This system quantifies hydrocarbon leaks with mass or volumetric measurements and colorizes emissions for easier assessment. The GF620’s Q-mode streamlines the workflow from the camera to the QL320 software, so users can download a video from the field and post-process the footage

The GF620 features an ergonomic design to allow professionals to safely inspect for fugitive emissions more comfortably for longer hours of operation. It also enables maintenance crews to use the temperature measurement feature for inspecting electrical and mechanical components for signs of wear or potential failure.