Canadian innovation is ready to take on the world 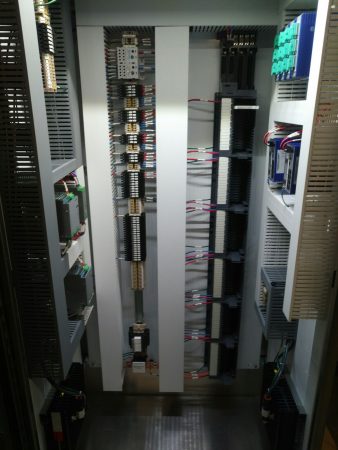 “There are global forces that are driving our resource-based industries to be more competitive,” says Mark Summers, executive director of technology and innovation for Emissions Reduction Alberta (ERA), a not-for-profit organization that funds the discovery, development and deployment of technology that reduces greenhouse gas emissions. “And as a result, our industries and businesses continue to look at technology acceleration and implementation of technology as a way to continue to be competitive on a global stage.”

Summers points to the oil patch as the epicentre of several made-in-Alberta examples of innovation leading the way.

Imperial Oil Resources – in collaboration with ERA – is advancing a field trial of its enhanced bitumen recovery technology for its in-situ oil sands facilities where the reservoirs are deep underground, using a recovery solution to dilute and mobilize bitumen in the reservoir, reducing the amount of steam needed as much as 90 per cent compared to current methods.

“Emissions and the oil sands are linked at the hip because it takes so much energy to take water and superheat it create high-pressure, high-temperature steam,” says Summers. “Anything you can do to reduce the amount of steam required to be put into the reservoir will ultimately reduce greenhouse gas emissions.”

In surface mining operations, Canadian Natural Resources Ltd. is exploring an in-pit extraction process that acts as a progressive reclamation approach and could eliminate tailings ponds. By putting the bitumen extraction plant in the mine pit, it’s estimated the process could reduce greenhouse gas emissions by 40 per cent and cut operational costs

Summers, whose organization has invested more than $571 million into 164 initiatives in Alberta over the past decade, notes technology acceleration is also a way of doing business better. Outside of market forces, he points to societal forces that are driving Western Canadian resource-based industries to be better stewards of the environment in which we live.

“At ERA, we want to accelerate technology to help Alberta and our industries reduce greenhouse gas emissions,” he says. “But we don’t want to reduce GHG emissions at the cost of economic opportunities. So we always look at the dual benefit.”

In other cases, innovation in Western Canada is taking the form of simplifying a complex situation.

To ensure an on-time and on-budget completion of the project, SemCAMS installed ABB’s Ability System 800XA with Select I/O platform. The single channel I/O (input/output) moved the I/O from the motor control centre and electrical rooms into the field, eliminated junction boxes and extensive engineering and cabling and resulted in cost savings of 30 to 40 per cent. 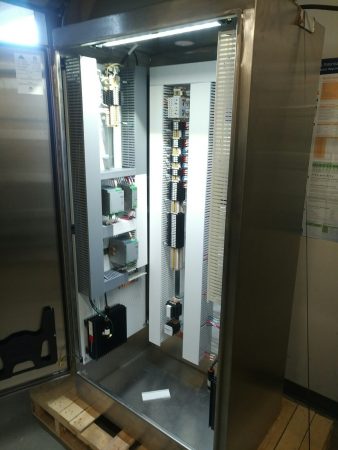 “What we did was build a cabinet that could be put into the field with the options of which I/Os to include, whether that’s starting a motor, opening a valve or measuring a temperature,” says Brad MacDonald, automation product manager with ABB. “It removed the engineering design having to be done up front. Instead of having to know how many I/Os were needed at the start, we were able to put this cabinet into the field and just keep adding. And instead of having to create 27 cabinet designs, we created one cabinet and supplied 27 units.”

With one design for all remote I/O cabinets, engineering and project time was reduced compared with the traditional solution. The cabinets were built and shipped well in advance, decoupling site hardware and installation from back-office engineering, resulting in savings and improving project timeline.

“It reduced the cost of change,” says MacDonald. “Change costs so much. The overhead of change is unbelievable because of hardware design. Now that they had this flexible system that’s just plug and play, they didn’t have that inherent cost of change. They only had the cost of the actual device.”

MacDonald notes the Select IO is well received in the oil and gas and chemical Industries since they both have hazardous requirements where this I/O can be mounted in Class 1 Div 2 Zones (volatile flammable liquids or gases) environments and -40 to 70 C.

Eagle Graphite, which owns one of only two natural flake graphite production facilities in North America, was one of five companies to recently receive funding as part of the province’s Advanced Research and Commercialization Program for the CEV sector.

The company is currently in the process of developing and commercializing silicon-modified battery anodes made with graphite from its graphite quarry and plant located approximately 35 kilometres west of Nelson, B.C.

AVL Fuel Cell Canada in Burnaby, B.C., also received support for its development of an advanced fuel cell model for research and series development applications in the automotive sector.

Established in 2018, the research and development centre is owned by Austrian-based AVL, which is the world’s largest independent company for the development, simulation and testing of powertrain systems. The Canadian facility is focused is on adding to the company’s existing capabilities in powertrain electrification development from electric battery and fuel cell systems to include hydrogen fuel cell stack development.

“The performance, durability and cost of fuel cells are linked, and improving any one of them will impact the other two,” said Jose Rubio, managing director, AVL Fuel Cell Canada.

“That’s why it is so important to develop a comprehensive fuel cell model capable of simultaneously providing accurate measures of performance, degradation and cost.”