In light of the rapidly expanding demand for batteries, many companies across the supply chain are scrambling to ramp up production. 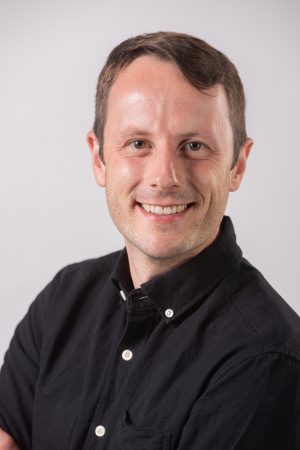 Increasing production can be challenging at the best of times. Yet when companies are forced to juggle new process technologies, uncertain regulatory frameworks and pushback from environmental groups, the challenges can become unmanageable.

Companies involved in resource extraction, in particular, cannot rest on the “green” image provided by their end products. Rather, they must take action to minimize the environmental impact of their operations while also de-risking the scale-up process.

In fact, demand for battery minerals (lithium, nickel, cobalt, etc.) is rapidly increasing as more governments, corporations and individuals take action toward reducing carbon emissions. It is estimated that to achieve net zero carbon by 2050 will require a tenfold increase in global lithium production.

Prices for these materials are currently up multiple times year over year, providing a large incentive for producers to either increase capacity or bring new projects online. However, companies face many challenges in bringing new supply to the market.

One of the clearest examples of this problem exists in the lithium market. Production is currently dominated by hard rock producers in Australia wherein a mineral called spodumene is mined and beneficiated to produce lithium compounds. The largest reserves of lithium, however, are found in brines, the largest concentration of which can be found in the South America’s “lithium triangle.”

New entrants in both hard rock and brine production are facing increasing scrutiny, and, in some cases, outright cancellation of their projects due to environmental concerns. Companies cannot simply ride on the green coattails of the energy transition, and must diligently work to ensure they are acting as environmental leaders.

For brine sources, existing projects typically rely on solar evaporation to concentrate the lithium bearing brines to a point where they can be efficiently processed. This is an energy-efficient process, but typically requires large volumes of water in regions that may be facing water scarcity.

For hard rock sources, a critical step in the beneficiation of the raw minerals involves heating the minerals in direct-fired kilns to high temperatures in order to change the crystal structure of the mineral. The energy for this process is typically derived from fossil sources. Little if any of the energy is recovered.

From a technical perspective, the least risky way to expand production in either case would be to simply repeat what has been done in the past. Yet this does nothing to address the clearly negative environmental aspects associated with existing production routes.

Companies need to bring new technology into play. Yet new technologies often require time and multiple iterations to scale up effectively – meaning producers might be late to market and potentially miss out on this lucrative period in the commodity market.

So, what can be done? One path forward would be to look for proven solutions from other industries that could be applied to the issues facing lithium producers to incrementally improve the existing processes.

For brine producers who must cool their end products following crystallization and drying, these MBHEs can offer a solution with zero water consumption. A typical closed loop cooling system for approximately four tons/hour of lithium carbonate comprising an air-source chiller, pumping skid and plate-based MBHEs, with zero-water consumption, would require installed power of less than 70kW (approximately 80 per cent of this derived from the air-source chiller).

For hard rock producers, these MBHEs can also be used to capture and reuse the energy required in the beneficiation process, which operates around 1,000°C, resulting in up to a 30% reduction in fossil fuel consumption.

In both cases, the highly valuable end products can be protected from attrition by the gentle handling found in vertical plate-based MBHEs. It also means significantly lower emissions of contaminated process gas, as well as less product loss as dust.

The drive to decarbonization 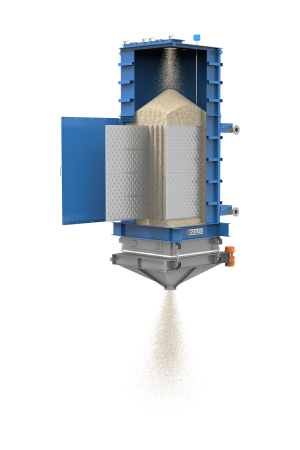 Even so, many of the jurisdictions where these projects are possible (Alberta, Saskatchewan and even Germany) still rely on a fossil-fired energy grid. In these cases, reducing their energy requirements, and thereby their carbon footprint, will be critical to meeting the demanding requirements of present-day environmental standards.

Some projects are going so far as to pair carbon-neutral energy generation with their brine extraction process to fully decarbonize their end products, even though this significantly increases the scope and complexity of the overall project.

Here again, the benefits of utilizing plate-based MBHEs can be found. With lower total energy requirements, this type of equipment can help producers to reduce their total plant energy requirement, and thereby reduce either the required size of their independent generation equipment or the carbon footprint of their grid-sourced energy consumption.

Mineral producers of all stripes will continue to face growing pressure to minimize their environmental impact. By adopting proven environmentally friendly solutions, such as plate-based MBHEs, from other industries, companies can reduce both their environmental footprint and the risks they face during scale-up of their operations.

About the author: Albert Bedell is a Regional Sales Director at Solex Thermal Science, a Calgary, Alta.-based leader in thermal and bulk materials engineering. You can reach Mr. Bedell at albert.bedell@solexthermal.com.