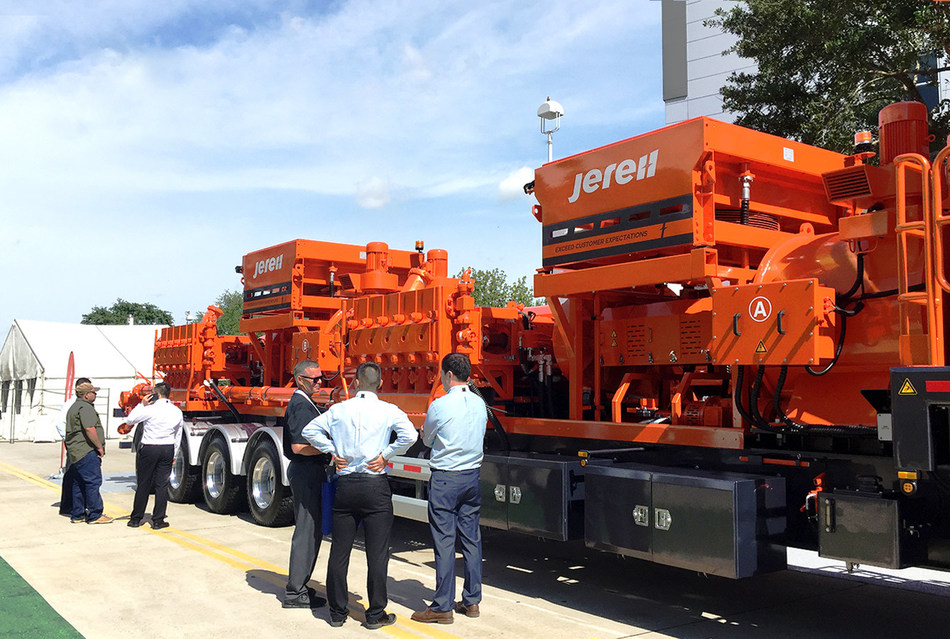 The Jereh electric fracturing fleet is named after its design concepts and is “safe, eco-friendly, economical and reliable,” according to Max Liu, president of North American region.

A conventional fracturing fleet is usually powered by over twenty large diesel engines up to 2,500 BHP each, which usually comes with PAH emission, noise pollution, larger footprint, high fuel and labor cost.

To overcome the challenges, Jereh recently held a grand launch ceremony in China to introduce its self-developed electric fracturing fleet for shale gas development. The fleet runs on electricity generated by gas turbine genset rather than diesel, which brings a greener and more economical way for fracturing operations.

Having served the American market for 11 years, Jereh now owns a production base of 37 acres in Houston, and three spare parts warehouses will be set up locally this year. Jereh will serve customers in the region with more quality products and services in a swift and efficient way.